Blue Mussels 2.0 – The beginning of a new industry 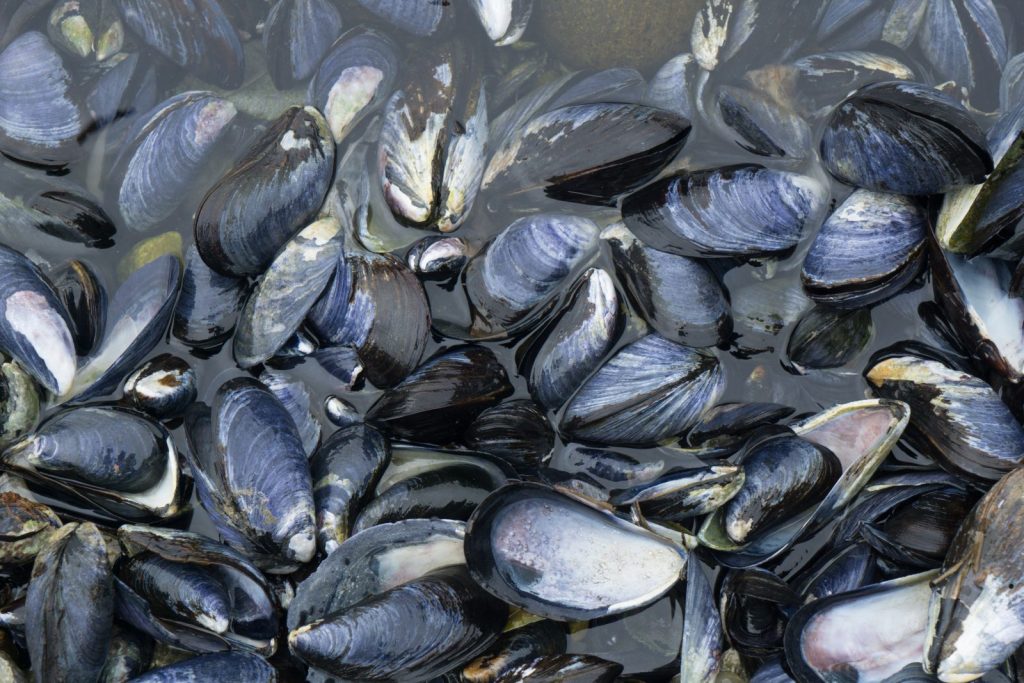 The BlueMusselFeed project applies to an announcement by the Norwegian Research Council, asking for sustainable feed for fish and land animals. This is an innovation project across blue and green industries, which connects people from different perspectives on the issue at stake. Collaboration is the key to innovation, and both buyers and suppliers have come together in this project to find a sustainable solution.

“This project is a great example of how we can solve complex issues through collaboration across blue and green sector. By joining forces we reduce the risk and increase the likelihood of success.”  – Elise Sæle Dahle, Project Developer, Land meets Ocean

Land meets Ocean aims to connect businesses and create projects where issues like this can be addressed between different stakeholders, with the end goal being collaboration towards solutions for the future.

BlueMusselFeed will establish new raw materials based on mussels. Mussels filter the seawater along the coast and efficiently absorb carbon, nitrogen, and phosphorus. Both the soft part and the shell hold valuable nutrients. Mussel protein is therefore able to replace imported protein-rich feed ingredients such as soy and corn gluten.

Since mussels used to capture nitrogen are not used for food, the cultivation of mussels will contribute to increased self-sufficiency in Norwegian feed production. Large-scale production based on mussel raw materials is nevertheless not established in Norway.

The project addresses this in work packages that cover the entire value chain from cultivation to feeding chicken. BlueMusselFeed will develop processing methods for mussel raw materials and concentrates, carry out feeding tests and study the quality of the meat.    A pilot plant for mussel farming will be established. The goal is to increase Norway’s self-sufficiency in food production by harvesting and circulating resources from aquaculture.

Partners in this project

Previous article
Next article
Back to overview
News

The Seafood Innovation Cluster AS